The many hats we wear 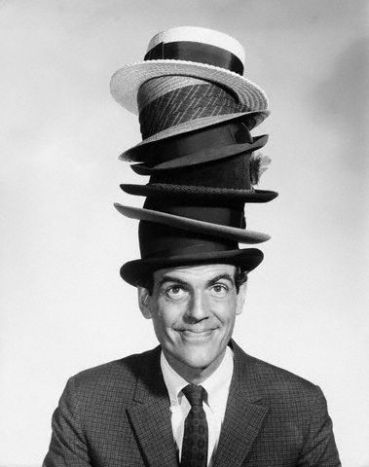 Writer. Cover Designer. Reader. Reviewer. Marketer.  Do I get paid for each of these??

It’s been a busy week; I’ve been consulting with the illustrator for the cover of my soon to be published novel, “Heart of the Witch,” finishing up a short story which has now been mailed out to The Magazine of Science Fiction & Fantasy, and sending out a few electronic submissions as well to magazines like Ideomancer and Strange Horizons. I always jump at a chance to earn enough credit to qualify for SFWA membership.

The initial sketch for the book cover looks good–wish I could post it, but I don’t own the rough sketches. I’ve also been reading like crazy, building up some friendships and connections over at TheNextBigWriter.com and learning about pre-publication date marketing.

For those also taking the indie route, I highly recommend Jeff Bennington’s book, The Indie Author’s Guide to the Universe. He lays out plans for things such as KDP select, blog tours, Goodreads as well as some good old fashioned advice for writers:  WRITE.

Sadly, that last part has been a little slow lately, though I did finish a hefty 10,000 word short story. I’m now writing a sequel to my “Troll Under Golden Gate Bridge” tale which will be entitled “Fairies at Fisherman’s Wharf.”  I’m planning to have about ten short stories in the same universe to eventually turn into an anthology.  Chapter 16 of my second novel also continues to develop. Four chapters to go!

Thank you to those now following!  I’m going to try to post a little more often, as things seem to be speeding up for me in the writing world.  I have a few poems to post soon, as well as some character sketches.